THE EFFECT OF HURRICANE IRMA ON WATER SUPPLY 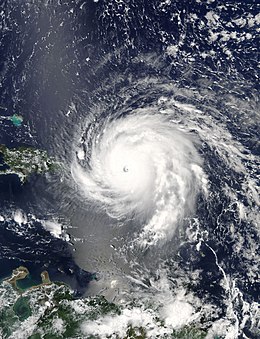 Hurricane Irma’s riot through Florida wreaked havoc, causing billions of dollars of damage. In many areas, untreated water mixed with storm surge water, the dreaded backflow of water actually occurred in many places, creating a potentially lethal supply. The Health officials issued “boil water notices”. The water supply was unsafe for consumption, no drinking; brushing of teeth; freezing for ice; washing of crockery, cutlery or food.

To make the tap water safe, consumers were advised to boil it hard for a minimum of 1 minute. This kills disease-causing agents. Those unable to boil water were advised to disinfect mains water with 8 drops of unscented household bleach: 1 gallon of water. This mixture must stand for a minimum of 30 minutes. In the case of clouded water officials recommend doubling the amount of bleach to 16 drops per gallon.

The water remained suspect until the completion of a full survey of the bacterial content of the mains supply by the Florida Department of Health. Mains water was only suitable for bathing, washing of clothes and for irrigation. Residents were advised that, on first use, all the taps should be run for several minutes to flush the pipes in the house.

Florida attempted to build a system resilient to the huge storm surges, the pipes are designed to withstand twice the amount of water that they typically pass and filter. The passage of Irma inundated these systems and the pipes overflowed into homes and streets. Florida’s water treatment centers were not the only ones to fail, around 3% of the Texan wastewater treatment centres in the Houston area were knocked-out by Hurricane Harvey. Houston suffered an E. Coli outbreak. E. coli is a bacterium found in animal and human waste that can cause diarrhoea if ingested. Some strains of E. coli may also cause anaemia or kidney failure, which can be fatal. Residents of Florida were also at risk of E. coli infection. Any region where mains supply has mixed with waste water is at risk of exposure to a variety of disease-causing bacteria, including tetanus. Residents must always take care not to ingest contaminated water.

Boiling, bleaching and treatment with Iodine are all effective techniques to convert water infected with living organisms to safe drinking water, however, it is also possible that the water supplies may be contaminated with heavy metals and pollutants such as pesticides. Such risks are hard to quantify. Some heavy metals are toxic at very low concentrations. The Environmental Protection Agency (EPA) assisted in Florida to speed up attempts to return wastewater treatment plants to working order. Industrial water filter machines were brought in to infected areas.

Affected areas included: North Miami, West Palm Beach, Venice, Pahokee and Canal Point, North Miami. In Broward: Davie (except for those who get water service from Ferncrest or the cities of Sunrise or Fort Lauderdale), Hallandale Beach, Hollywood and Pembroke Pines. Other Broward communities faced partial boil water notices, that included parts of Dania Beach and Pembroke Park. Residents were advised to avoid the water in the streets. If exposed, they were to treat those clothes as if they are contaminated, remove them and wash them as soon as possible. Anyone who suspected that they were developing a skin or gastrointestinal infection were advised to seek medical help.